Just a minor release today. The single new feature is being able to use a custom NTP server from which Time Clock MTS can set it’s internal clock from. You might like to use this setting for the following reasons:

A minor bug was fixed in this version, the report configuration screen would give an invalid property error when the next month button was pressed and then the this week button was pressed, but only when the current month had 30 days and the previous had 31. It was fairly obscure but thanks to one alert user who figured out exactly what was going on. 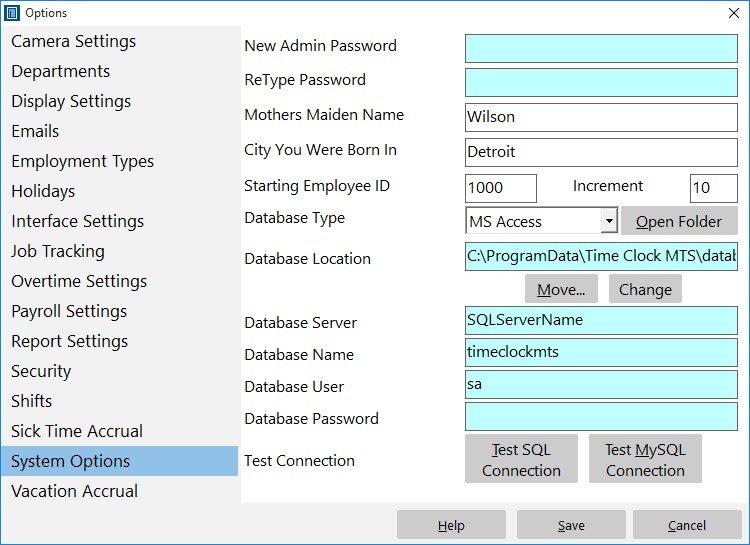 Users finding and manipulating the back end database of Time Clock MTS has always been a problem. Time Clock MTS has always included a series of internal checks to try to detect this sort of manipulation, but of course no system is perfect. By including support for Access database passwords we have added one additional layer of security to ensure that your time and attendance information is accurate. Using a database password with a Microsoft Access database encrypts the data it contains and prevents non authorized access to the database when someone tries to open it with MS Access.

That’s all there is to it. If you’re wondering, the MS Access database password you enter into Time Clock MTS is stored locally on each computer (which is why you need to enter the password for every Time Clock MTS Client you have). The password itself is stored in an encrypted format for extra security.