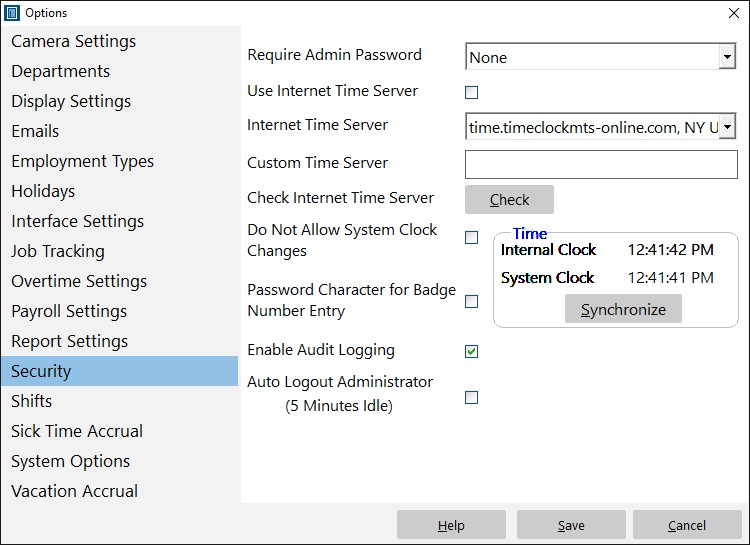 To dis-allow system clock changes in Time Clock MTS while it is running just follow the steps shown below.

It is worth noting that Time Clock MTS does not actually prevent the system clock being changed, it will however prevent any employee clocking in or out if it detects that the system clock has been changed by more than a few seconds. It is also worth noting that this feature is only really useful if it is teamed up with the ‘Require Admin Password’ setting (see image above). This means the admin password will need to be entered on software startup, software shutdown, or both.