Choose Time Punches from Hours and Minutes or Decimal Hours

Time Clock MTS records all time punches accurate to the second. It can display elapsed times between time punches in either hours and minutes (1:30) or decimal hours (1.50). Hours and minutes are typically used for timesheets in most businesses. Decimal hours are usually used when time needs to be tracked, costed, and even charged out. Obviously it’s a lot easier to cost out 10.85 hours at $50 / hr than it is to cost out 10 hours and 51 minutes at $50 per hour. Changing how times are displayed in Time Clock MTS is controlled from the Tools->Options->Report Settings Screen. 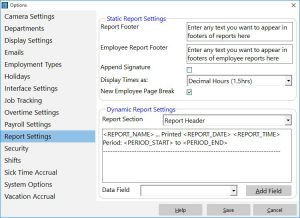 Change the Time Display Format on the Report Settings screen.

Choosing between the two time display formats is simply a matter of choosing an option from the Display Times as drop down.

A Comparison of the Two Time Display Formats

Below is a side-by-side comparison of the same time card displayed with hours and minutes (left) and decimal hours (right). 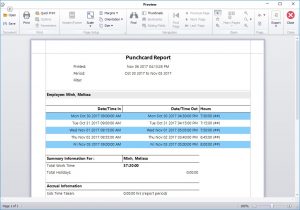 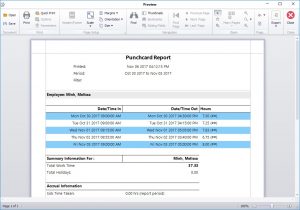